What will General Election result do to the Headingley Property Market?

Against the back drop of Labour’s election promises of rent controls and three year tenancies, many buy to let landlords were waiting to see how these new policies would be implemented before they committed themselves to buying more property for their buy to let portfolio. Now that uncertainty has been removed, the long term picture is very positive.

So, with all that uncertainty now removed, where next for the Headingley property market?  Well with inflation at zero and with the Money markets happy David Cameron is still at No.10, the Bank of England have no reason to raise interest rates until 2016 at the earliest. As mortgage rates are at their lowest levels since 2010, landlords with large deposits will now be wooed by the mortgage companies in the coming months with low rates.

You see over the past couple of years, Headingley landlords have benefitted from a booming Headingley job market. Unemployment in Headingley area has dropped to 2.3%, as a year ago, 1,369 people were claiming unemployment benefit compared to today’s 969. With more jobs and better pay, as the level of rents is directly linked to tenant’s wages, there has been an increase in the rental prices tenants are willing to pay for good quality Headingley properties.

Some landlords might be nervous about Tory’s plans for the housing market over the next five years in terms of tenant demand for their rental properties. One plan is for Housing Association tenants to have the right to buy their property. These kind of tenants were never in the private rented sector and will actually increase the supply of properties in the housing stock in decades to come. The Government ‘Help to Buy Scheme’ has only helped to buy 32 (yes only thirty two) Headingley properties since April 2013. Considering 1,216 properties have changed hands in the last year alone in Headingley area (Headingley plus one mile which is the area the Help to Buy scheme is based on), I don’t think it has made a huge difference to our local property market.

The biggest issue, when it comes to tenant demand of rental property going forward, comes from the shift in the mindset and attitudes towards renting itself. Twenty years ago you were seen as a second class citizen if you rented a property. In Headingley, as in the rest of the UK (apart from Central London), renting continues to offer good value for money for tenants.  If you are an existing landlord in Headingley or thinking of becoming one, then I must suggest you seek out specialist advice and opinion.

Like many agents in Headingley, we will happily give you our opinion on the current state of the market and the advantages/disadvantages to investing in the Headingley property market if you pop into our offices.
at 14:33 No comments: 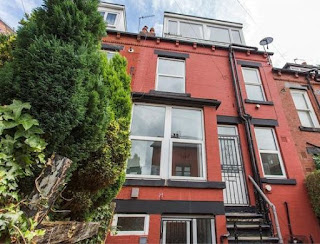 This great 3 bed house in Burley on Lumley Road is ideal for professional renters and would make a great investment property. Located just a stones throw away from Burley Park train station, it's close to all the necessary commuter routes and Leeds city centre is less than 10 minutes away.

The property has just recently been refurbished so is already in a good condition and as it is would likely rent out for around £117,000 per annum which would generate a yield of just over 7%.

If however, you really wanted your property to stand out from the crowd and limit any potential void periods then it's looks as though there is plenty of space in the bedrooms to create three en-suite bathrooms. From looking at it you would probably need to spend around £15k to do the necessary work. You would then be able to achieve a rent of £90ppw (£14,040 per annum) so if you bought the house for around £140,000 you would then be looking at a yield of 9%.

From my experience there is a real shortage of high end, en-suite properties in the Burley area so by carrying out this work you be able to make this house one of the more desirable, and as it's a three bed you'd be likely to achieve permanent occupancy. 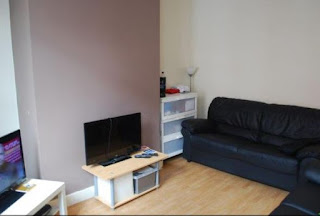 This great 4 bed house located on Monkbridge Grove in Meanwood is in a fantastic spot and ideal for young professionals. It's located minutes away from all the shops, bars and restaurants and is right in the centre of everything so it's in a highly sought after area.

This property is for sale by auction so the very attractive low guide price of £110,000 is likely there just to gain interest. The reserve price will no doubt be a little higher but if you managed to get it for around £140,000 you'd still be looking at a very healthy return.

There's no floor plan provided with the advert so obviously a viewing is vital but from looking at the advert there looks to be 4 good size bedrooms and 2 full bathrooms. With a little bit of cosmetic work done to the house to smarten it up it could easily let for around £300/month per person (£14,400 per annum) which if bought for around £140,000 would give you a great 10% return.